We have a full weekend of British Showjumping here at Leamside.

Saturday 27th starts with Clear Round at 9.30am, the affiliated classes starting at 10.30am, Pony Intro 70cm up to 1.15m Members Cup. Also including Cats & Pipes Scope Qualifier.

We’ve just had the arrival of these beautiful rugs from JS Teamwear for the championship classes. £50 plus sash and rug to 1st place competitors in these classes. Don’t forget to be eligible to compete in the championship the pony/rider combination MUST have entered at least one class on the Saturday.

Also we have our usual unaffiliated evening showjumping tonight and what a beautiful night it is. Remember there is prize money to be won in all classes but this must be claimed and signed for on the night.

We look forward to seeing you all at Leamside over the next coming days and good luck to all competitors. 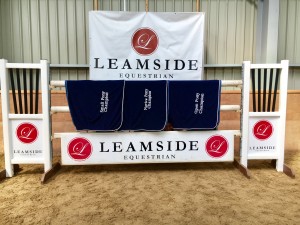